Every once in a while, a movie comes along that doesn’t just redefine a genre but creates a subgenre all its own.

The list goes on, but if you were to try to crown one genre movie that has inspired more than any other, you’d at least have to put “Die Hard” in the conversation.

Now, we get a new addition, but one with a particularly timely twist.

Think “Die Hard” in a medieval castle. And if Bruce Willis were a princess.

SNAPSHOT: A thriller about a young princess who must fight to save herself, her family and her kingdom.

RATED: R, for strong, bloody violence and some language.

WHEN AND WHERE: Now streaming on Hulu.

Admittedly, “The Princess” — which is now streaming on Hulu — isn’t likely to win many awards. It’s too formulaic, too unimaginative and too underwritten for that.

It piles trope atop trope, and contrivance atop contrivance, as it roundhouse kicks its way to its all-too-inevitable, all-too-convenient happily-ever-after.

But there’s an X-factor at work here that will likely elevate “The Princess” in the minds of many viewers, and it has everything to do with timing.

Arriving at a moment in which many women are feeling a blend of sadness, fear and outrage over the loss of power over their own bodies, many will likely find a certain fist-pumping catharsis in a film that centers on smashing the patriarchy.

And, whether intentional or not, that’s exactly what “The Princess” is all about.

As it opens, we meet the titular princess, credited as simply “the Princess” — because badasses need no names — who is being held prisoner in the tip-toppiest room of the tallest tower in her father’s castle.

She’s not just a princess, though. She’s a princess bride. Or she would have been, anyway.

As we learn in a series of largely inelegant flashback sequences, she’s towerbound because she left her would-be hubby at the altar, rejecting the arranged marriage her son-less father set up in an effort to cement his family’s power.

Unfortunately, said hubby, played by a scowling Dominic Cooper (“Preacher”), has a delicate ego — and an iron fist to go with it.

Enraged, he imprisons the whole royal family in their own castle, guarded by an army of dimwitted henchmen, until such time as the princess comes to her senses.

What he doesn’t know — but is about to find out — is that, from a young age, she’s been learning the finer points of butt-kickery from a niece of a member of the royal court.

Technically, since 20th Century Studios is now owned by Disney, our princess is a Disney princess, but don’t expect to see her in the Magic Kingdom anytime soon.

The brainless simplicity of its story makes it feel like a film for young children, and there’s no question that many a young, impressionable girl would benefit from witnessing the story of a female character who displays agency and self-reliance without sacrificing her femininity.

At the same time, the film’s R rating — “for strong, bloody violence” — is very much warranted, excluding many of those impressionable young girls from seeing it.

That being said, credit has to be given to director Le-Van Kiet for the film’s action sequences, which are briskly and imaginatively choreographed. Credit also has to be given to Joey King, who clearly embraced the role and who pulls off the fight scenes with a credibility and athleticism I’m guessing many people didn’t think she had. In many ways, she rescues “The Princess.”

For all of the faults one can find with Kiet’s film, she’s also exactly the kind of hero many American women probably need right now.

Mike Scott can be reached at [email protected]

Fri Jul 15 , 2022
”My personal winter wardrobe is a lot more about comfort.” Jul 15, 2022 1:49pm Brooke Boney may live a glamorous life as a reporter for the Today show, but when it comes to her approach to fashion, every woman can relate to her achievable tips. The 35-year-old is well versed […] 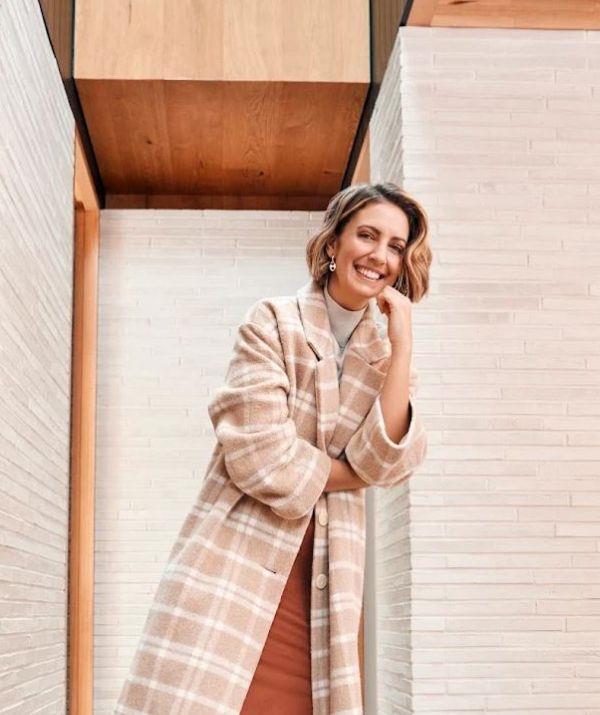