Have you ever wondered what our most popular dream is? Is it a quirky human trait to look up the meaning of a dream and is it possible that we’re all thinking along the same lines when we’re asleep?

Maybe we just might be according to a new survey. The new data comes to us via a luxury bedding company that used Google search data to find out what the most commonly searched-for dream meaning was in over 185 countries across over 390 dream subjects.

What they ended up with was a list of 28 of the most popular dreams across the globe, and they are as diverse as you can imagine, anything from elephants (why?) to snakes and crocodiles (understandable) to meeting an ex-partner (the dread).

As a non-pet parent, it’s amazing to me that the number one popular dream in the world is dogs which topped the most googled dreams in 19 countries. Not in Ireland though, and not even in the UK where they are mad about their dogs. Our favourite dream is a bit more terrifying, to be honest.

According to the research carried out by the Secret Linen Store, people shut their eyes and conjure up all sorts of things like driving, spiders, cheating on a partner, and the end of the world, very dramatic.

My own recurring dream of falling ranks very high in South Korea (erases from bucket list) but then there are a few obvious ones like dreaming of lions in Botswana or snakes in South Africa and Tanzania, (lads, you’re right to be scared on that front).

But, in Europe, things are quite different when we’re getting a little shut-eye. In the majority of Northern Europe countries, the second biggest dream googled is cheating, while the first is getting pregnant.

We’re seeing a loose link here lads with this nocturnal hanky panky, maybe get back to counting sheep. So, what it is that haunts our darkened hours when we should be totally conked out?

This Dream Is A Beauty Nightmare!

So, the UK’s biggest nightmare dream is falling pregnant but not us, oh no, our most popular dream is about all our teeth falling out. We’re not alone either, that dream ranks in 7th place with 10 countries all sleeping with the fear of finding a pile of molars on the pillow beside them by morning.

There’s ourselves in Ireland, the people of Canada, Samoa and New Zealanders amongst others, all carefully flossing before bed just on the off-chance. According to a 2-second search on Google, dreams about your teeth falling out indicate fear or insecurity, self-doubt more or less.

As for dreaming about falling, that indicates you’re feeling that you’re holding on to something that you should let go of, (could that apply to reading surveys about dreams?) One can only guess, it’s probably more to do with giving up Netflix, I’ll detox eventually.

Fri May 20 , 2022
Who says babies can’t be chic? These leading designer brands open up a new world of wardrobe for your toddler. Here are 7 designer brands that have make clothes for adults and babies, too. Cute, stylish, and comfortable, these clothes from the major brands are a worthwhile investment for your […] 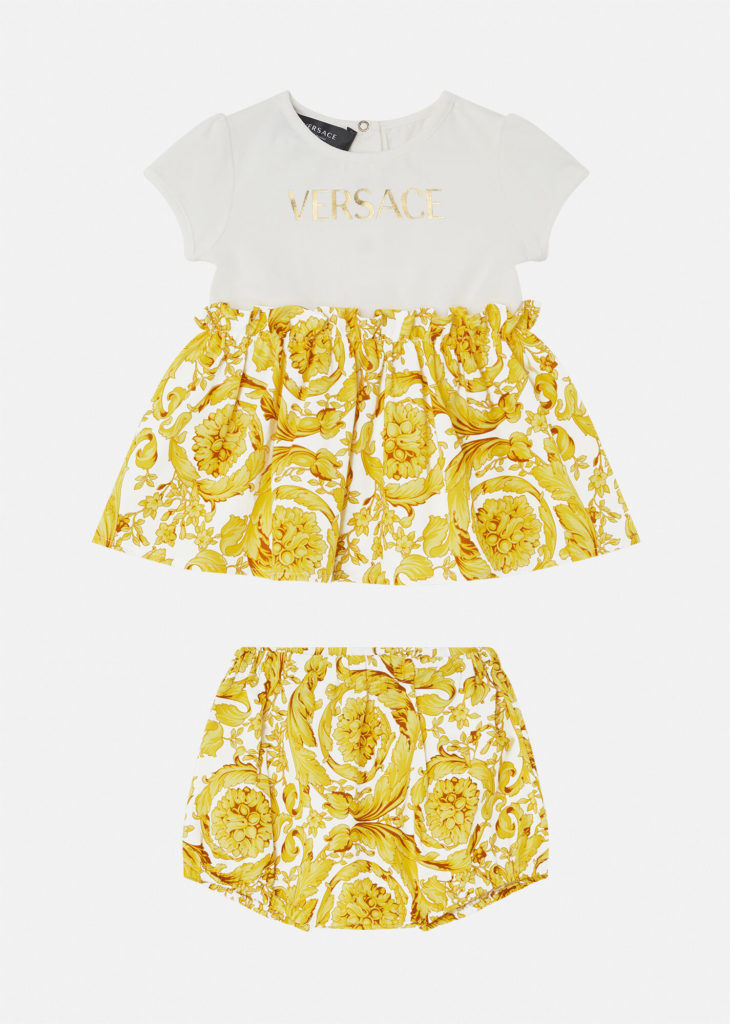