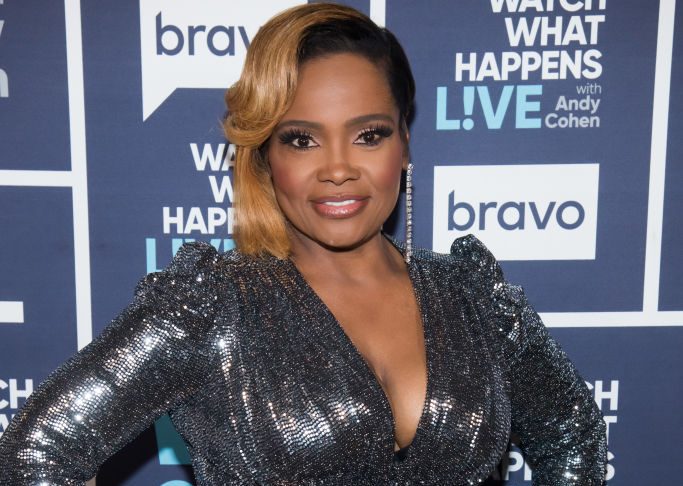 Dr. Heavenly Kimes‘ daughter is becoming an entrepreneur before she graduates high school. Alaura Kimes, who is 14-years-old, is launching her own eye wear line called AK Eyewear. She offered a first look on the company’s Instagram page of the glitzy shades.

“Its the glitz and glam for me,” she wrote under a video of the line’s first styles.

AK Eyewear doesn’t have a date to launch yet.  Once they are released, they will be available at her mother’s beauty supply store Heavenly Beauty in Conyers, Georgia, which hasn’t opened yet. In December 2020 she announced on Instagram that she would be turning her online beauty supply store into a physical location.

Young Alaura isn’t the only one with a great work ethic at a young age. Her brother, 19-year-old Zachary, recently obtained his real estate license and has already bought and resold his first property with Dr. Kimes. He is doing this while also being a full-time college student.

“My baby boy Zachary is a go-getter,” Dr. Kimes said on Married to Medicine‘s March 28 episode. “He’s in college right now. He’s pre-med major and he’s intelligent, he’s well spoken. Zachary took an interest in real estate at a young age because he saw me do it and he got his real estate license at 19, just this year. I’m so proud of him.”

During her confessional, she discussed why it is so crucial for her children to know how to build their own wealth and keep it in the family.

“I think that it’s important to teach our children how to build generational wealth because you teach a man to fish, he fishes for a lifetime,” she said. “So I think it’s the same thing with your children. If you teach them rather than just giving them, they’ll learn from their mistakes and they’ll have that knowledge for a lifetime.”

Mon Apr 12 , 2021
FOX has ordered a new baking show and it sounds like this series won’t be a piece of cake. The network has greenlit Crime Scene Kitchen, a culinary guessing game and competition which will see contestants trying to figure out what dessert has been eaten — based on leftover crumbs […]