Molly Shannon has made millions of people laugh over the years, particularly performing as Mary Katherine Gallagher, the overly-enthusiastic Catholic student known to nervously smell her armpits and shout “Superstar.” But what people might not realize is that character was influenced by her childhood, marked by tragedy when her mother, sister and cousin died in a car accident in Cleveland. Shannon was only 4 years old at the time.

In a new memoir “Hello, Molly!,” Shannon opens up about the loss of her mother and details life growing up in Shaker Heights with her father, Jim, and sister, Mary.

Humor played a major role in her childhood, for fun and relief, and she quickly learned she loved making others laugh. She said her first memory of this dates to a joke she told at a friend’s house upon hearing chicken cacciatore was for dinner.

“I said, ‘Oh, Mrs. Wall, I’ll have a chicken, but I don’t want any cacciatore,’ knowing that it was a joke,” Shannon said. “Her whole family erupted into laughter, and I was like, ‘Ooh, I love this.’”

Joking and pranking were very common in her household, with Shannon’s father encouraging fake phone calls and engaging in gags with her. One such gag involved him pretending to be a blind customer in a candy store, knocking boxes over, with Molly playing along.

“My dad was into a very natural style of acting that I still use to this day,” Shannon said.

Throughout the book, Shannon details both the fun and challenging times with her dad, who struggled with alcoholism and single parenting.

“I did want to write about a real relationship, not some like fake version,” she said.

She and her dad maintained a close relationship up to his death in 2002, and Shannon details how proud he was of her career, joining her for a final episode of “Saturday Night Live,” of which she was a cast member from 1995 to 2001.

Shannon also details her professional pursuits, particularly her dogged determination in comedy, which involved developing the Mary Katherine Gallagher character over several years both before and during her time on “SNL.”

“I really wrote from my heart. I wanted to be a girl and write a story about a girl, write a character about how I felt when I was little,” she said. “It really took me by surprise how many people related to it, like know somebody like that or feel that way themselves.”

Shannon keeps the laughs coming, such as with her recent role on HBO’S “The White Lotus,” playing a mother-in-law crashing her son’s honeymoon in Hawaii. She also teamed up with fellow “SNL” alumna and Northeast Ohio native Vanessa Bayer for “I Love That For You,” a Showtime comedy about a home shopping network, which debuts April 29.

“My character is the queen salesperson, and Vanessa Bayer’s character comes in, and she’s like the new one. She kind of idolizes my character,” Shannon said, adding that she and Bayer have a great connection as “two ‘SNL’ Cleveland girls.”

Much of the memoir celebrates Shannon’s love for Cleveland and her time growing up in Shaker, from attending St. Dominic School and Hawken to performing with Heights Youth Theatre (alongside the now award-winning pianist Jim Brickman and CBS Entertainment CEO George Cheeks).

“I loved growing up in Cleveland,” Shannon said. “It was a wonderful place to grow up.”

What Happened at DaBaby's Home? Police Respond to Shooting Reports

Fri Jul 15 , 2022
DaBaby’s North Carolina home was visited by police on Wednesday evening, following reports of a shooting on the Troutman property. The Troutman Police Department stated on Facebook that officers were called to the home of DaBaby, real name Jonathan Lyndale Kirk, at around 7:45 p.m., where they found “one subject […] 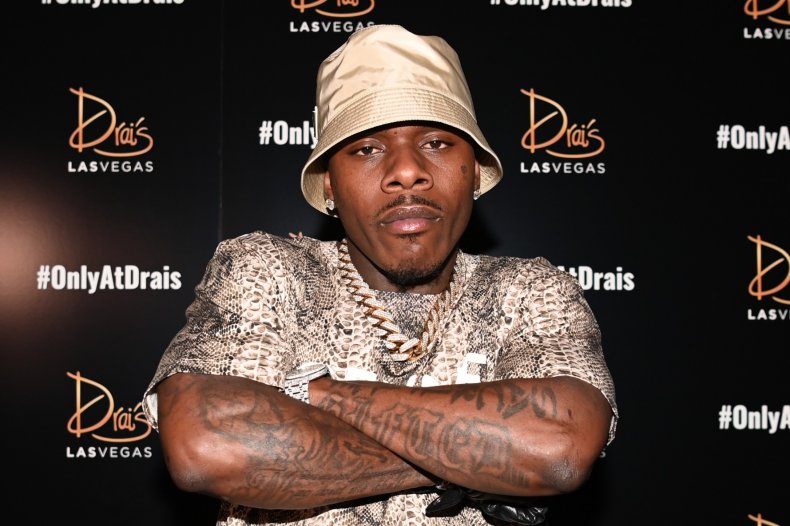