Anna Imwalle transformed a passion that started with sewing lessons in third grade into a clothing business, all while maintaining her status as a full-time student.

Imwalle, a fourth-year in marketing, is the owner of the online vintage store RVVLshop and sells primarily feminine vintage clothing, in addition to her own handmade clothing produced from recycled materials. Imwalle said she began the company in 2016 as a junior in high school after shopping at second hand stores.

“I just started going to thrift stores to try to find materials to make clothes out of because it’s cheaper than buying material at a craft store,” Imwalle said. “Eventually, I had too many clothes and sewing projects that I decided to start selling them.”

Imwalle said she started her business secretly and completely by herself but later had to tell her parents about it, as she was underage and needed them to sign off on her Etsy account.

After orders began to pick up, Imwalle expanded her Etsy store to her website and began building her Instagram presence as well. Since then, RVVLshop has amassed over 10,000 followers, partially through influencer marketing, she said.

Imwalle used to reach out to influencers on Instagram whose style she liked or those she felt had a nice artistic sense, offering to send free clothing.

“They might wear it and hopefully tag me on Instagram,” Imwalle said. “If you just have one really valuable person who puts a really good outfit together and tags you, you can get a lot of followers from it, and people will start to think your brand is cool.”

When she first started taking classes at Ohio State, Imwalle said she ran into challenges while running RVVLshop from her dorm room due to lack of space and time. To remedy this, Imwalle said she recruited her younger sister, Claudia Imwalle, a senior in high school, to help with packaging and sending orders from their hometown.

But when the pandemic hit, Anna Imwalle said she was able to go home and had more time to devote to the business.

“When we had to go home, I had so much more time on my hands and was at my house with so much more space and my sewing machine and everything,” Anna Imwalle said. “I think it was actually good because it let me get back to why I started doing it in the first place, which is to make my own clothes and try to design clothes.”

The company’s name refers to the word “revival,” meaning taking items of clothing and revitalizing them into something new, Anna Imwalle said.

“She can find stuff in the thrift store that she could see potential in and then kind of make it to what she thinks she or someone else could wear,” Claudia Imwalle said. “Like a dress that’s super long, she’ll cut into a skirt and a top or something that she thinks is cute but might have not been right off the rack.”

RVVLshop serves as both a creative outlet for Anna Imwalle and a way she can help protect the environment, she said.

Upcycling and reselling clothing helps to decrease textile waste that ends up in landfills. Claudia Imwalle said her sister also donates a percentage of her sales on Earth Day to organizations focused on environmental protection.

“That’s why I tried to turn towards secondhand because it’s still a way to, like, have fun with your style at an affordable price without, like, causing as much damage to the environment,” Anna Imwalle said.

Ana Kasumova, a third-year in neuroscience, said she attended the Ohio Vintage Fest in December 2021 and shopped at RVVLshop.

“When I first came to her shop, I was actually just really surprised by how nicely everything was priced and seeing the size range she had was also pretty appealing because it wasn’t just size sixes or whatever,” Kasumova said. “She actually was pretty inclusive for vintage clothing, which I feel like is harder to find too.”

After graduation, Anna Imwalle said she plans to pursue her love for fashion in San Francisco, where she will be working for Gap and continuing to manage her business.

Sat Mar 26 , 2022
Gigi Hadid and bella hadid walk the runway at the Ralph Lauren Fall 2022 Getty (2) Ralph Lauren is bringing back formal wear with its fall 2022 collection. The show, which boasted a star-studded runway and audience, was held on Tuesday at the Museum of Modern Art in New York […] 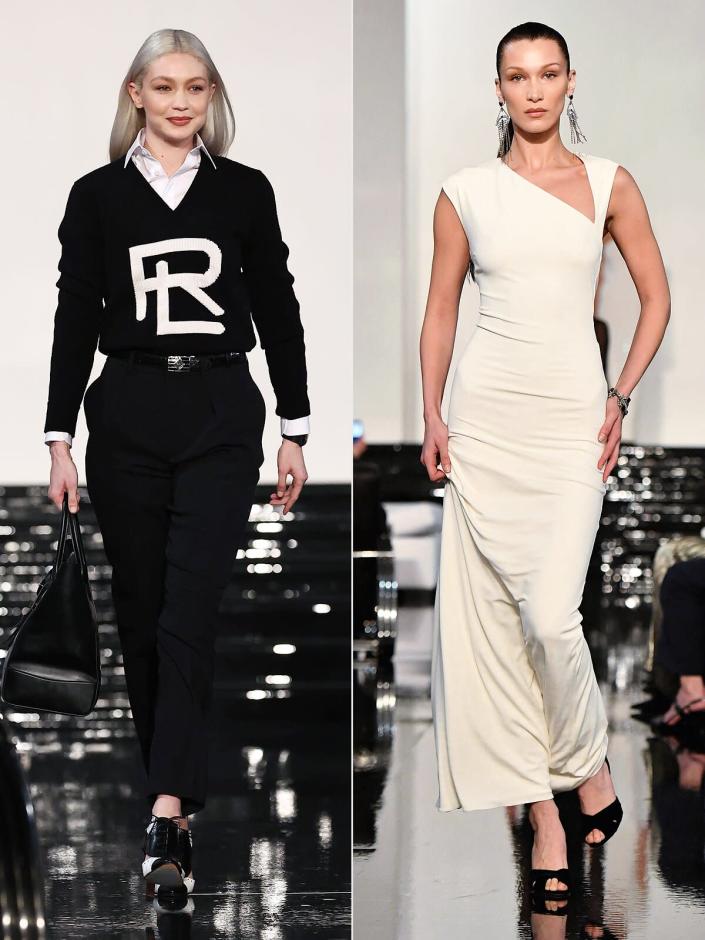