The event at 4 p.m. will be the first of its kind and is being held in the Uptown Marion Artway 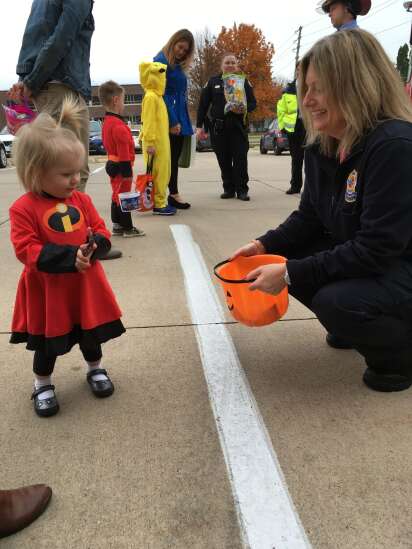 Marion is hosting a Halloween Fashion Show on Friday evening in the Uptown Artway. (Courtesy of city of Marion)

The city of Marion plans to kick off Halloween a couple days early this year with some spooky fashion.

At 4 p.m. on Friday, the city is hosting its first-ever Halloween Fashion Show in the Uptown Artway.

City Event Coordinator Jessica Carney said she’s excited to put on the first event of its kind and said though the event may be geared toward kids, everyone is welcome.

“We know some people get a kick out of family or group costumes so it’s not strictly kids,” Carney said. “Anyone can participate.”

Carney said the event is fairly simple: a costumed individual walks across the stage while an announcer says their name and costume, then they walk off the stage and get some candy.

In a typical year, the city of Marion has usually held trick-or-treating in City Hall leading up to Halloween. This year, the fashion show is replacing the City Hall tradition.

“We want to expand on that and bring people to the Uptown Artway as a way to give kids another chance to show their Halloween costumes,” Carney said.

Just last month the city hosted a dog fashion show in the Artway, which saw a successful turnout, Carney said. She said she’s hoping to see around 75 people show up to watch the Halloween fashion show, with at least 20 people participating.

For those interested in signing up their children or themselves, online registration is available and open until a couple hours before the event. Interested individuals can register on the city’s website.

Carney said between the dog fashion show and the upcoming Halloween fashion show, she has been trying to keep the Uptown Artway in mind as a venue for community events. She added that hosting events in the space may be more important than ever to get people into Uptown Marion as construction on the Seventh Avenue streetscape continues.

“We have this beautiful, unique space but there wasn’t a lot of programming in it,” she said. “It’s important to get people into Uptown and visiting businesses. The Artway has been my special focus for a while and with construction there, I’m continuing to focus on that.”