If classical ballet has a summit every ballerina aspires to ascend, it would be the lead role of Aurora in “The Sleeping Beauty.”

As the National Ballet of Canada launches an 11-performance, 50th-anniversary run of its treasured Rudolf Nureyev-choreographed production, two gifted first soloists, Calley Skalnik and Jeannine Haller, are poised to grasp that challenge. For both, Aurora will be their first full-length role.

“It’s the role I’ve dreamed of dancing since I was probably five years old,” said Tulsa, Oklahoma-born Skalnik, 26, who makes her Aurora debut March 19. “I used to listen to the music over and over.”

“I really hadn’t been expecting this to happen,” said Haller, 25. “It’s daunting but also very exciting.” She first tackles the three-act role March 24. Skalnik and Haller, both graduates of Canada’s National Ballet School, are not new to “The Sleeping Beauty.” In past revivals, whether as fairies in the prologue or naiads in the dreamy Act II “Vision Scene,” they’ve had ample opportunity to observe what it takes to become Aurora.

For almost two decades, former artistic director Karen Kain — an outstanding Aurora in her dancing days — has been responsible for staging revivals of the National Ballet’s heirloom production. She calls it “a shockingly difficult ballet.”

Apart from the its technical hurdles — Nureyev, the Soviet-defector superstar, loved to challenge dancers with difficult steps — there’s the issue of stamina. The first act alone, which includes an initial solo followed by the famous “Rose Adagio” with its perilous singlefoot turning balances, then another solo and finally a fast coda, is a veritable marathon.

“If you’re going to dance Act I properly, you can’t help but give it your all,” Kain said. “By the end of it you’re like, ‘There’s no way I can do two more acts,’ but you have to.”

There is so much dancing en pointe in blocked-toe shoes that it’s not uncommon for Aurora to have three pairs at the ready in case the others give out too soon.

“Apart from having so much dancing, you have to remember that Aurora is a character in a story,” said Saskatoon-born Haller, whose family moved to Burnaby, B.C., when she was a child.

In fact, Aurora presents three rather different characters: the shy but blossoming teenager of Act I; the almost ethereal Aurora of Act II; and, finally, after Prince Florimund’s kiss in Act III has awakened her from the curse of a 100-year slumber, a confident princess about to embark on marriage and adult responsibility.

“In a way, finding the stamina is the biggest stepping stone,” said Skalnik, who sees the role as an important learning opportunity, physically and mentally. “In the end, you just have to do it to understand what it takes.”

Having such an opportunity might have eluded Skalnik and Haller at this moment had it not been for a thinning of the senior female ranks through departures and retirements.

“With this number of performances, it becomes possible to give them their chance,” Kain said. “They’re certainly ready for the challenge.”

Although both young dancers, under the guidance of Kain and her artistic team, have been preparing diligently for their potentially career-boosting moment, neither will get a full dress rehearsal because, with four ballerinas cast as Aurora — principal dancers Heather Ogden and Jurgita Dronina are the others — each will likely only get one act. Haller will have an advance shot at Act III when she dances Aurora on March 22 in a shorter “relaxed” matinee performance.

In most traditional productions of “Beauty,” Aurora makes her first entry on stage level but, in the opulent setting designed at almost ruinous expense by Nicholas Georgiadis for Nureyev’s version, she must effortlessly descend a curving flight of stairs, no easy task when the ornate tutu you’re wearing obscures the steps.

Fortunately, the set will be available for several days before opening night so there will be a chance for Skalnik and Haller to get used to such a potentially dangerous entry.

When the National Ballet unveiled Nureyev’s version of “Beauty” in September 1972, Veronica Tennant, the company’s then 26-year-old prima ballerina, was the first Aurora to glide down that treacherous curving staircase. It soon became one of her signature roles, seen by millions when broadcast that December by CBC Television.

When asked by the Star what advice she might have for those now dancing in her footsteps, Tennant had this to offer:

“Dear Calley, Dear Jeannine: The one key I could share with you (that took me far too long to discover) is to listen; really listen, absorb and radiate Tchaikovsky’s glorious score. Pour trust into the music to give you poise, balance and light. Then trust yourself to be — Aurora.”

Correction — March, 18, 2022: A caption for a photo accompanying this article was edited to correct the given name of Calley Skalnik.

“The Sleeping Beauty” is at the Four Seasons Centre, 145 Queen St. W., Toronto, March 18 to 27. See national.ballet.ca for information.

Michael Crabb is a freelance writer who reviews dance and opera performances for the Toronto Star.
Next Post

Thu Mar 24 , 2022
During the just-concluded 2022 Beijing Winter Sports Games, most of snow sports competition venues are located in mountainous areas, and ambient temperature is below minus 10 Celsius. How can the audience watch the games warmly in extremely cold conditions, and how can the staff and audience avoid frostbite? The clothes […] 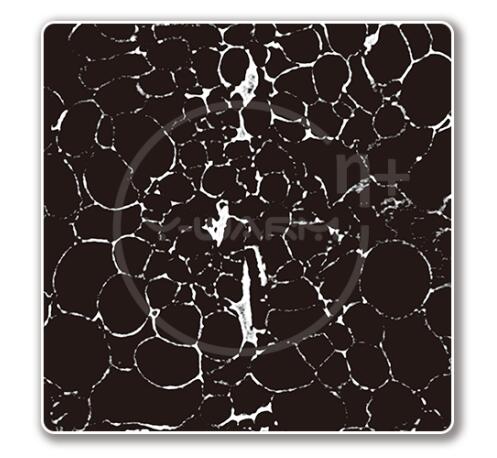